Both things that remain as true today as the moment Lakings first opened its doors in 1908. And while Lakings continues to be a huge support to the Louth community, much has changed.

The Earlier YearsLooking To The Future

Once upon a time, Lakings had a little abattoir, and two shops – the one that remains on Eastgate and another. One selling pork and one selling beef and lamb, as time wore on buying habits changes and the shop did too. Today, one remains – the pork one in fact – and there it has stayed, almost untouched ever since. Until Andrew Wright. 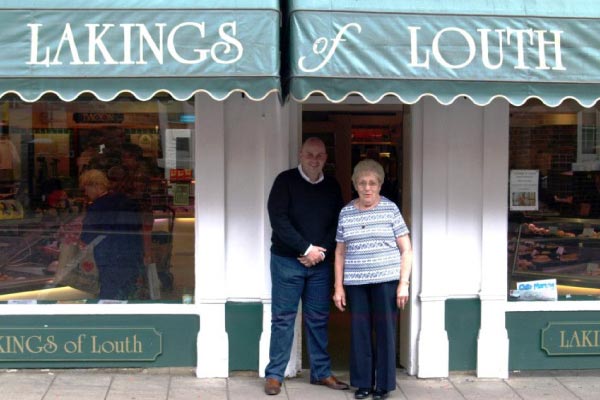 The fifth generation of his family to work in the farming industry, Andrew Wright grew up in the area, leaving school at 18 to follow a career in the hospitality industry. Travelling around the country, fighting fires at hotel after hotel took its toll until the day his Dad said, ‘why are you still working for somebody else?’.

Following his return home, Andrew brought a new lease of life to the family farm and abattoir –initially dealing with Lakings as a stockist. In the hands of John Laking, the shop was one of Andrew’s most important customers – the single largest butcher’s shop that the family worked with. Andrew’s parents too were friends with John and Di Laking, often heading out for Sunday lunch together.

Looking To The Future

Free Next-Day Delivery On Orders Over £50*

*Applies to orders placed before 2pm, Monday - Thursday. Delivery days are Tuesday, Wednesday, Thursday & Friday. Orders placed on Friday can be also be delivered next-day (Saturday) but are subject to a £9.95 fee.

Tell Me More About Delivery

A team up to the challenge of the 21st century

It’s a past connection that has stood to serve the future of this Louth institution. Now owning Lakings, alongside the family farm and abattoir, Andrew and his established, expert team are able to provide the reassurance and honesty that customers deserve, and demand, from the food chain – from farm to plate. You could say it runs in Andrew’s blood in actual fact – his nan and grandad once being the face of their own family butcher’s shop decades prior.

Butcher’s like Lakings aren’t a growing breed, they’re disappearing from our high streets, from our market squares. Taking on Lakings was a simple decision – let it die or be the ones to preserve and protect. The ones to prevent this icon being relegated to the pages of history.

Read more about our values and traditions